I am a Software Engineer from Glin, Co. Limerick.

The main disciplines in which I work are iOS development and web development but I also keep up to date with new emerging technologies. I am constantly pursuing my passion to learn more about programming languages and techniques in order to become a more well-rounded Software Engineer.

I have a BSc in Software Development from Limerick Institute of Technology, I also have excellent technical and organisational skills which have been developed from my education and work experience.

Thank you for visiting my website. I hope you enjoy viewing my portfolio.

The following is a list of skills that I have learned over the course of my time in software development. For web applications I mostly use PHP and Javascript / AngularJS and for iOS development I use Swift.

Some of the modules studied: 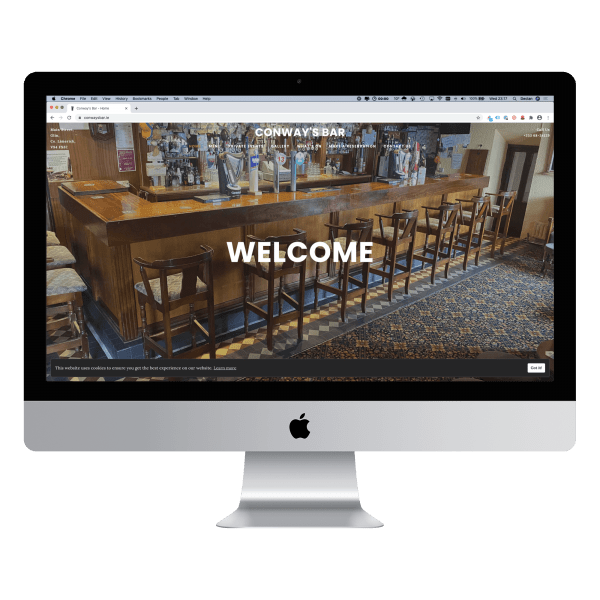 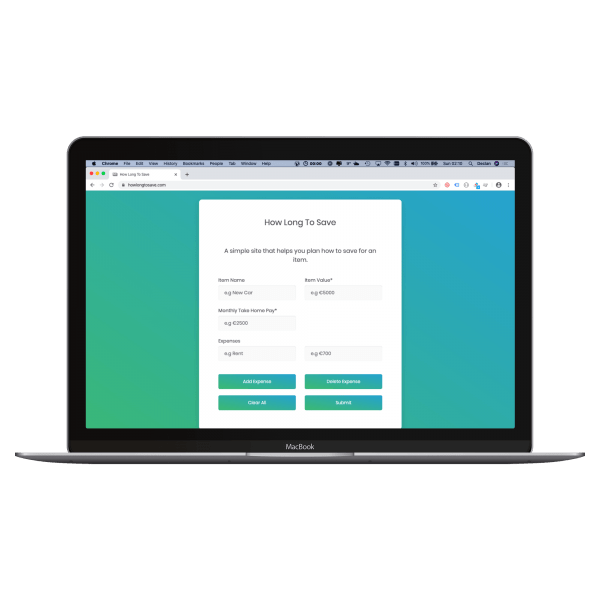 How Long To Save
Web Dev 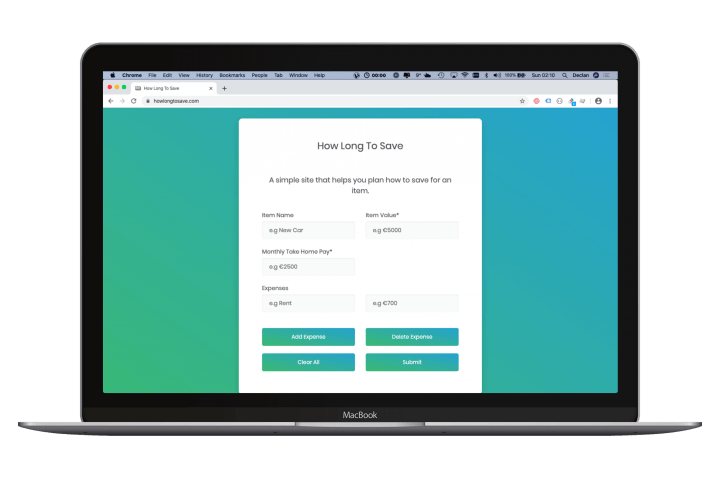 How Long To Save

howlongtosave.com is a simple site that allows the user to calculate how long it takes to save for an item based on the users monthly income and expenses. This site was developed for both desktop and mobile.

How was it built?

The site was built using AngularJS because it is the best suited framework to build one page web applications. Using AngularJS allowed me to to advance HTML functionality by creating new constructs with use of its directives.

Benefits of using this approach meant that the code is managed more easily through the use of the MVC (Model – View – Controller) components. AngularJS manages your components for you and also serves as the pipeline that connects them.

The version of AngularJS used was v1.5. 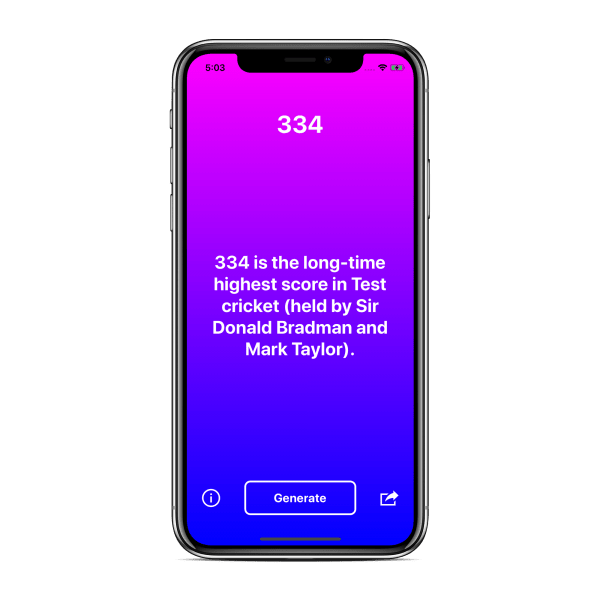 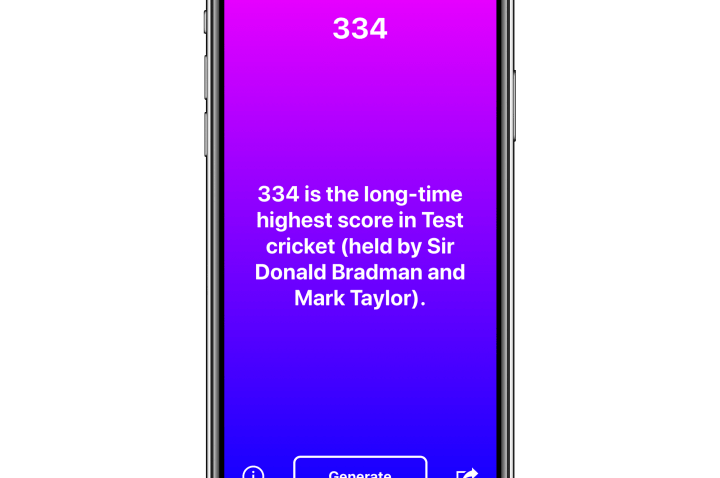 In this app, the user taps the generate button and a random fact about a number is generated. The user can also shake their device to generate a new fact and can then share that fact with their friends using the iOS share sheet.

The idea for this app came about while I was creating snippets of code for various iOS functions and features as a repository to consult during the development of an app. (My code snippets project can be found here). One snippet I was creating was how to parse a JSON feed. As I creating this snippet I realised that this could be a good foundation for a rudimentary iOS app. So I continued development with the goal of publishing on the App Store.

How was it built?

This app was created using Numbers API. In code, I am calling the JSON feed using the JSONDecoder library and then parsing that through a struct that inherits from the Codable protocol.

The gradient background was created using a CAGradientLayer (the CAGradientLayer is then assigned to a background view of type UIView) which shuffles through an array of pre set gradient colours. When the generate button is tapped or the device is shaken, an animation is called (CABasicAnimation) to show the next colour in the array.

Features to be added in future updates include: 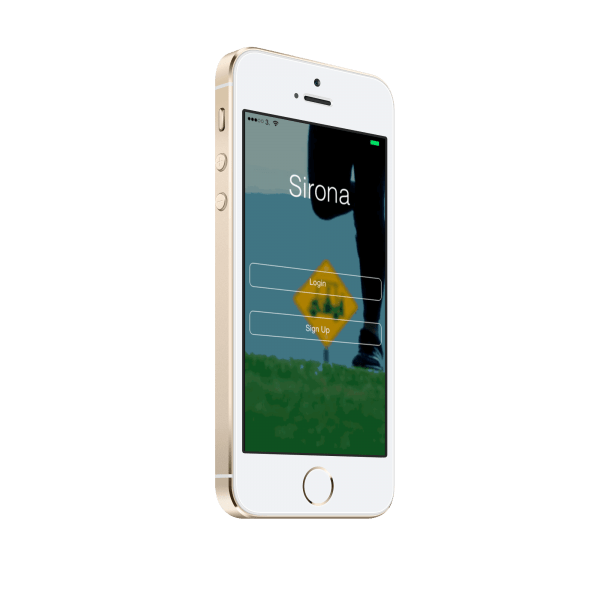 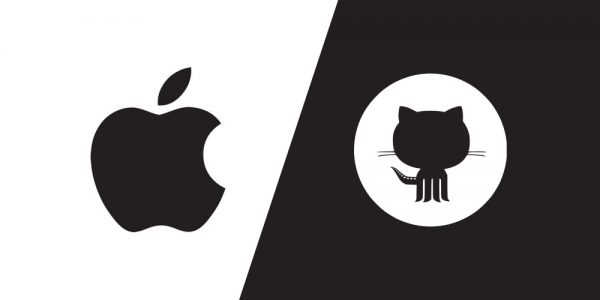 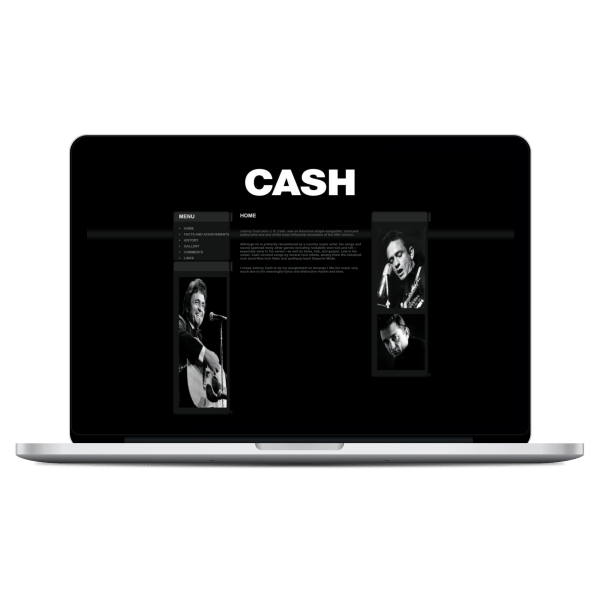 Want to work together or simply want to have a chat?
Drop me an e-mail at hello@declanconway.ie or simply fill out the form below and I will reply to you soon!